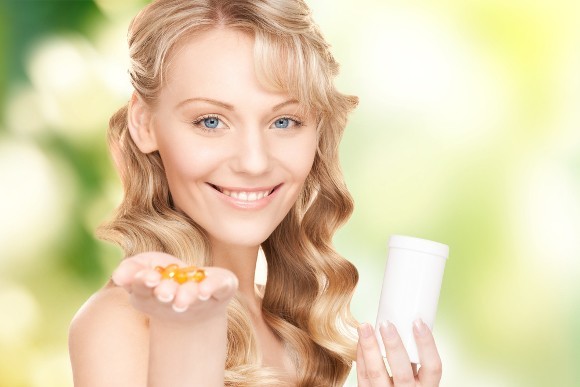 Depression affects many people from time to time.

Some evidence indicates that dietary and lifestyle habits may play a role in the development of depression.

Recently, a team of researchers examined how vitamin D supplements affect depressive symptoms. Below is a detailed summary of their results.

Major depressive disorder is a severe form of depression, characterized by strong feelings of sadness and loss of interest in life.

For people with major depressive disorder, these feelings can be so persistent and pervasive that they interfere with activities of daily living.

According to some estimations, major depression affects about 20% of people at some point in their lives.

Although depression is linked with reduced levels of certain neurotransmitters in the brain, the underlying cause of major depressive disorder is unknown.

Depression has also been associated with elevated oxidant stress and vitamin D deficiency.

Several previous randomized controlled trials have examined the effects of vitamin D supplements on mood and depressive symptoms. Here is a summary of their findings from over the years:

Why supplementing with vitamin D may improve depressive symptoms is not entirely clear. Potentially, it may affect levels of neurotransmitters in the brain, reduce inflammation and promote nerve growth.

All participants had moderate depression, according to the Hamilton Depression Rating Scale. They were also deficient in vitamin D, with circulating levels less than 20 µg/L.

The participants were randomly assigned to one of two groups:

At the start and end of the study, depression was assessed using the Beck Depression Inventory (BDI), a 21-question self-assessment of depressive symptoms.

Bottom Line: This was a randomized controlled trial examining the effects of vitamin D supplements on the symptoms of depression.

Supplementing with vitamin D did not improve depressive symptoms, according to raw data, although the improvement was on the verge of being statistically significant.

The main results are shown in the chart below:

Bottom Line: Supplementing with vitamin D reduced the symptoms of depression. However, the results were only significant after correcting for initial values of vitamin D, BMI and age.

Supplementing with vitamin D reduced fasting insulin levels by 28%, whereas there was no significant change in the placebo group.

What’s more, the supplements improved insulin resistance by a significant 36%.

The function of the beta-cells — the pancreatic cells that produce and store insulin — appeared to improve significantly as well.

Insulin resistance and beta-cell function were estimated using homeostatic model assessment (HOMA-IR and HOMA-B), which is based on fasting values for glucose and insulin.

These results can be seen in the chart below:

Yet another study found that vitamin D supplements had no effects on insulin sensitivity in diabetic patients.

These inconsistencies might be explained by differences in study populations or study design.

Vitamin D supplements also increased the amount of antioxidants in the blood.

Specifically, total antioxidant capacity (TAC) improved by 7% in the vitamin D group, but only by 3% in the placebo group.

Levels of glutathione — the body’s primary antioxidant — also increased by 24% in the supplement group, as shown in the chart below:

For example, vitamin D supplements did not affect oxidative stress in pregnant women with diabetes or in adults with non-alcoholic fatty liver disease.

The inconsistencies are probably due to differences in study designs and/or participant characteristics.

Additionally, in the present study, supplementing with vitamin D had no effects on the inflammatory marker hs-CRP or blood lipids.

Bottom Line: Vitamin D supplements improved the antioxidant status of the blood, including the levels of glutathione.

The findings may not be generalized to all people with depression.

The participants in the current study did not get much sunlight exposure, and all of them were deficient in vitamin D at the start of the study.

It is likely that vitamin D supplements may only benefit those who are deficient.

In short, this study suggests that taking 50,000 IU of vitamin D per week, or about 7,000 IU each day, may improve depressive symptoms.

However, all of the participants were initially vitamin D-deficient.

Supplementing is likely ineffective for those who are already getting enough vitamin D, but further studies are needed.